I upgraded my servers to 1.8.10 and lost connection from my home Mikrotik rb4011.
I ended up trying downgrading to 1.8.9 and my VPN is back up.
Wondering if there is any incompatibility problems between versions?

Wondering if there is any incompatibility problems between versions?

What version of zerotier is mikrotik up to? What OS are your servers?

Yeah as far as I know, the only difference in 1.8.10 is enabling a feature on the Windows version that was already enabled on Mac & Linux. And it’s a feature that 99% of users can’t turn on in Central yet, (Coming soon!)

is this new feature sso?

It’s not not SSO

1.8.9 is working but when I upgrade it seemed to kill the connection and no amount of rebooting etc seem to get it back up.

@m87tech literally nothing changed between 1.8.9 and 1.8.10 on Linux, other than some code formatting & adding a field to the http control output. Might just need to give it a few minutes after starting for it to get going. 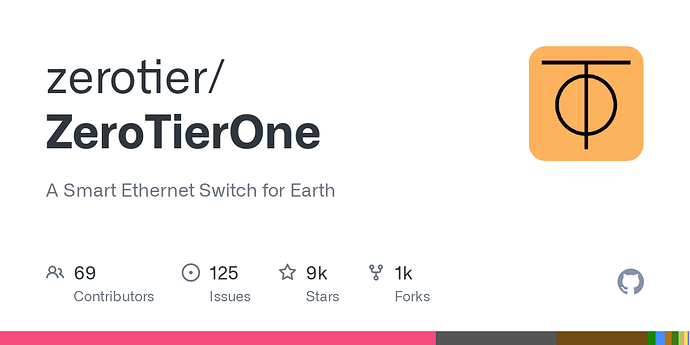 A Smart Ethernet Switch for Earth. Contribute to zerotier/ZeroTierOne development by creating an account on GitHub.

I’m not sure if we’re experiencing the same issue. I upgraded from 1.8.8 to 1.8.10 on my desktop (Arch Linux) and cannot connect to any of my remote ZT systems. I rebooted, restarted, cleared sessions on my firewall, and could not get any traffic to pass (except very briefly to one host, 4 successful pings, then nothing). After downgrading to 1.8.8, everything works fine again.

I’m not sure if this is necessarily 1.8.10 related since I’ve run into the problem several times before on prior versions but I’d periodically run into a situation where the Windows machine I’d be working from would lose connectivity completely to ZeroTier and I just had the issue re-occur today on 1.8.10.

I had some long-running pings going to 4 other machines and I was connected to RDP to each of them at the same time.

I lost RDP connectivity and the pings started failing at the same time and when this happens connectivity doesn’t get automatically restored unfortunately.

I initially thought it might be an issue with one of the other machines or just the network temporarily dropping here at home, but upon investigation it seems to be an occurrence of this issue I’ve previously ran into before.

Generally, my main solution is to reboot my machine entirely, but today I tried to simply restart the ZeroTier service in Windows (stopping the service is a little iffy it seems…Windows seemed to be waiting for a long time for it to stop, and I had to cancel out of it, even though it seemed like it stopped successfully…when I started the service after that the pings started working again as before so RDP works again now too).

What’s particularly annoying about this situation is that things don’t automatically come back once it happens…on the plus side it’s generally always seemed to be an issue on the ZeroTier instance on my local end (rather than on the remote side…but if it did happen to a remote machine that would be even more problematic since accessing the machine otherwise might not be easy, or require physically accessing the other machine temporarily).

I just wish I knew what actually causes the problem to crop up (e.g. I know in a lot of these cases I’ve had a long running ping going in cmd prompt at the same time, so I wonder if that could somehow be a factor that would result in this issue for ZeroTier…but at the same time it seems like it should be resilient against whatever triggers this problem…it is hard to replicate however, but I have ran into it more than once).

@orware I experience essentially the exact same behaviour, only on Linux. Like you, the issue is almost always fixable on my local end but rarely resolves by itself.

Version 1.8.8 had been particularly stable, so I was hoping those issues were behind me. But then the 1.8.10 version was released which is completely unusable for me.

It would be nice to know what troubleshooting we should engage in when this issue arises. If I recall correctly, zerotier-cli peers looks fine when this happens. I’m not sure if ZT has a way of knowing how far the packets are making it across the virtual switch. They just seem to die somewhere.

I’ve not had time to look into it deeply but it’s still not working for me although one discrepancy is that I run my own controller using ZTN CUI so maybe thats throwing a “spanner in the works” compared to most. I’ve not tested using my.zerotier.