No connection between grouped hosts

I would like to group my hosts within a network and then restrict access to individual services. To do this, I followed the following instructions: 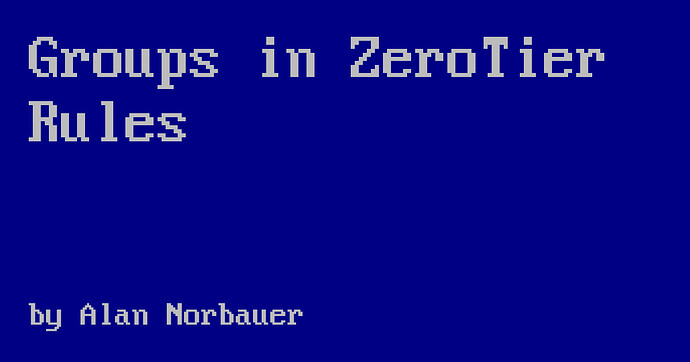 How to express group membership in ZeroTier rules

Unfortunately the hosts do not reach each other unless I set the capability superuser.
What am I doing wrong? Is there any way to debug this error and if so, how?

Here is my current configuration:

Next, I would like to add a second tag “Services” and create a rule that only allows connections between hosts that are in the same group and share the same service.
Maybe someone has already implemented this and wants to share their configuration here. I would be very happy about it.