while installing zerotier on latest kali , i am getting stuck at Waiting for id generation.
Is this a common issue or something I’m doing wrong. 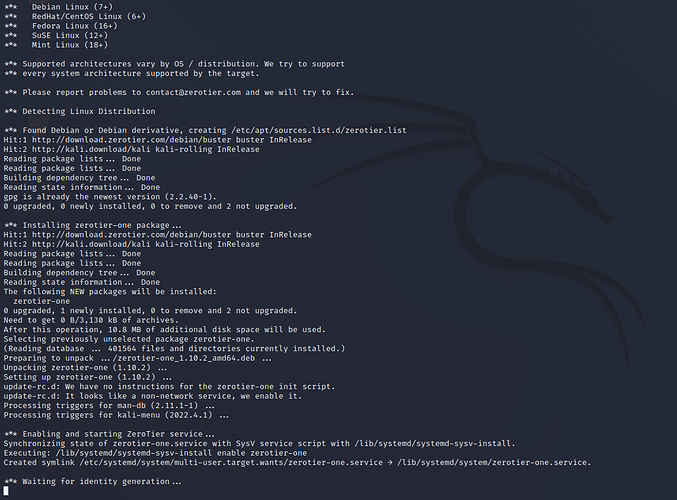 I have the same issue. So far I’ve been able to figure out that the current kali is based on debian testing which is bookworm, not buster. So there’s one issue. but even after that my install hangs at identity generation. If I exit the install at that point, running zerotier-cli fails

So far have not found a solution.

Got it working. Had to install libssl1.1.
Recap: Running linux script on Kali does not work. Script defaults to bullseye distribution, but kali is based on testing which is currently bookworm.

@jpmiller25 Thank you so much for this simple and elegant solution. It works like a charm now!!!